Have you ever been struck so confused by someone else’s actions that you’re just speechless? Well today I’ve had such an experience, and I have to say, that the place I was in emotionally was so amazingly strange that I just stood there, still able to function, make decisions and speak but not quite “all there”. As in fully “me”. I was taken outside of myself and I now know the sequence of events as they unfolded, as innocuous as they seemed in the beginning, were all a part of a divine set of instructions given to me to carry out in the order in which they happened; to lead me to that moment of calm confusion.

I have to give credit to a divine intervention of some kind for this strange pairing of feelings and mental state as I would not have otherwise taken the steps, that I’d taken today, without some prodding from a particularly outspoken elder. Of course being unable to talk back to said elder I listened intently. Frustrated and nearly in tears, that primal urge to hang up the phone arose within me to stop short of what felt like the front of my skull flying off of my head kinda like watching your own hubcap roll past you on the highway.

Later, when I’d collected myself a bit more but not completely I asked myself, how can I make this into a writing exercise? Maybe I can use this event, and how I work through it, as a model for how I address writer’s block in the future. Maybe this can be a part of my series on Character creation and I can give it a name like, Larry or something.  Even now I’m struggling to shake that feeling. Maybe I’m hungry or thirsty? I’ll eat in a minute. But for now I want to sit with this and experiment with my own ability to bounce back or not from something that causes this level of WTF!? I’ve noticed that I’m trying to understand this level of bull@#$%, and that my friends, is a massive mistake. This is a lesson that I’d learned long ago so listen closely- you can not, I repeat, you can not understand bull@#$%. I don’t care how smart you are or how many Lean Six Sigma belts you have, it won’t happen so, don’t try. There, problem solved.

Is the confusing thing still a thing? Yes, but my headache is gone. It’s no longer my self-imposed responsibility to untangle the web I did not weave. However, I can call it “Larry” and assign it a poor posture and a genuine fear of success while it struggles daily to be just beyond mediocre. That helps. The confusing thing is less confusing this way pretending that it’s not the result of powerful forces beyond my comprehension colliding in my presence but instead just a he or she or they fully fallible and able to be defeated. There’s no “ending” to this segment at least not one that will satisfy you because we live here in the “What if” not the WTF. To be every searching, listening and recording. Your Larry awaits you out there when your to-do list is long and the kids are screaming but embrace that moment. There’s something to learn.

As always, all feedback is welcome so feel free to comment in this Judgement Free zone!

It’s a new and gorgeous morning even though it’s still dark for me; I already hear and see the signs of daylight outside my windows. Most birds are not awake yet but the refuse collectors are hard at work bundled up against early Winters cold. Cars zoom by more frequently. The coffee is brewing. A neighbors car starts on the first try.

I think this will be a good day.

Ah the question, “What if?”, briefly mentioned in a previous post in this series( all of which I hope you’ll read) 😁 The question that has the power to unravel your thoughts taking the mind to those uncomfortable places. The unknown. Being forced to look at a possibility that may or may not ever see the light of being. Testing the waters at first a big toe then allowing the sole of your foot to skim lightly over the surface. The unknown does not hurt, it’s neither very hot nor very cold and it’s deceptive in it’s harmlessness, titillating in it’s wonder. It’s the coal that fires the imagination.

Lets say that your intuition is a character and that it has two arms, a body, and hair, big sparkling eyes and a leg that works fine enough to not need crutches to get around. Who would your intuition be? Would your intuition be lean or plump? I think my intuition would be socially awkward, with a slight overbite and a speech impediment. But with full luscious hair and a smile that could melt the coldest of hearts.

Ray Bradbury said, “Your intuition knows what to write so get out of the way.”

Interestingly enough, I read about the concept of allowing that intuition to get stronger (imagine your character, intuition, putting on some muscle) by “Automatic Writing”. It’s similar to Free Association except that it’s not accepted by the paramedical community as a legitimate tool for psychological analysis. Automatic Writing is a deeply spiritual event that requires the knowledge of another concept known as “akashic records”. Both concepts require the relinquishing of fear and shame to access a voice that dwells in the subconscious in order to further break down the barriers that inhibit the creative mind. But instead of analysis, my purpose is to give my character life in the stories I’m writing. I’ll link some sites below of the aforementioned concepts for anyone who’s interested.

I don’t practice the concept of Automatic Writing in it’s truest sense but in terms of letting go of fear and mistrust to delve into the mind space of being totally free to explore rather than create. Intuition’s at the wheel at this point and reasonably it won’t steer you wrong.

Photo by Rene Asmussen on Pexels.com

A few questions come to mind when I think about creating a character this way. About the bad guy or ghoul. What if something truly scary pops out your psyche that makes you wonder, damn did that come from me? Yep, indeed it did. I’ve advised others to pretend that no one else will ever ever read what you’re about to write. A total lie of course but, hey whatever gets the ball rolling. Just remember, you’ll have to slip that glove on too in order to convince your readers; don’t back down now it’s just getting interesting. I forget who said this but, “scare yourself”. Maybe it was Roth. Think about that, scaring yourself. What does that really mean?

Everything new that presents itself to us in life causes a bit of discomfort, why should this be different? If you should stumble upon a real creepy creeper in your psyche and make them do the damndest of horrible things, don’t fret. The creative mind is random and accessing it’s abilities to surprise you I’m sure can cause some confusion.

Photo by Edu Carvalho on Pexels.com

The battle between your logical and creative minds may wage on longer than the Hatfield’s and McCoy feud with no less drama and blood shed, figuratively speaking. I find that alluring where the possibilities are as unpredictable as the space in which the creation happens. *think the opening to any show in the Star Trek franchise* Space in all it’s infinite glory flowing from the tip of your pen, or whatever implement you use to bring forth something as unique and original as you are.

As always, all feedback is welcome in this No Judgement Zone. I hope to see you in the comments.

Photo by Vitória Santos on Pexels.com

In a previous post I alluded to the idea of listening to your character instead of thinking of things for them to say on your own. I’m enjoying the exploration into this method of dialogue creation because it takes me out of the equation completely by allowing words, and ideas, to form organically based on who you know your character to be, at that point.

Active listening experts say that listening is 50% percent of communication. That suggests that as the writer, or in this case the listener and recorder, the job is also to create open the lines of communication, a back and forth that makes things really interesting. “Teetering on the edge of insanity.” Remember? Don’t be afraid of this because, to me, it’s much like problem solving by elimination of possibilities until there’s only one or two solutions remaining. Except, you’ll be doing this alone. Well, with your character. I don’t recommend doing this in public places. Okurr?

Photo by Godisable Jacob on Pexels.com

It’s tempting to take over and say, maybe this avenue or that avenue would be better or maybe this word is better than that. I’m personally trying to avoid this by thinking of myself, simply, as an editor for my character’s rudely punctuated sentences to bring their words onto the page as succinctly as possible without changing the spirit of their ideas. No disrespect to Editors, I know it’s a hard job. I can also see the allure of leaving the words as is, as they come to you, or are given to you, forming a vernacular that perhaps you didn’t notice before.

Photo by malcolm garret on Pexels.com

Not to contradict myself from an earlier post (work in progress) as I mentioned that being guided and lead by this unpredictable character means not knowing what comes next. How exciting is that? But, there still needs to be line that is carefully walked which guides your work to an eventual end. Otherwise the cheeky bastards may just talk and talk and talk and… 🤦🏾‍♀️Drive that boat!

How is that done? By remaining respectful and open to the completely wild a raw experience that I hope Quantum writing will become; it’s done veery carefully. Eh hm.

I think I’ve officially fallen down that rabbit hole. Come save me?

As usual all feedback is welcome in this Judgement Free Zone.

A fellow artist has the right attitude. Living their best life and doing what they love to do.

Get out and Vote 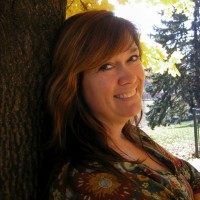 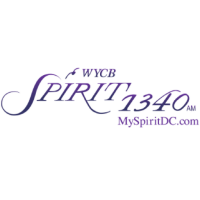 Past Thoughts and Observations

BY GRACE THROUGH FAITH

Let me live, love and say it well in good sentences. - Sylvia Plath

News, reviews and opinion from the cheapest seat

I haven't read everything, but it's on my list.

4 out of 5 dentists recommend this WordPress.com site

The Paths of the Spirit

Create a path of Light with your Life

A daily selection of the best content published on WordPress, collected for you by humans who love to read.

Daily news and entertainment for African-Americans. Your one stop for all things Black America.

A Writer of History